I like to make places and things “mine” make them reflect me and my personality, sometimes this surprises people like last year when a drunken colleague who got me as their secret Santa nicely summed me up saying “you’re pink and girly but not pick and girly” I love pink, my mobility aids are pink, I have quite a girly* bedroom but I’m mouthy and sweary and suggestions of laddette to lady have been made. I do know that all this gendering of colours and behaviours is to be fair a load of bollocks but lots of people do like to gender everything.

I think for me it’s important to make things and spaces reflect me is because I spent a lot of not time feeling like I lacked an identity which is one of the traits of BPD, I know it’s normal to go through phases and even identity crisis’ especially during adolescence and teenage but i was a human (dinosaur) chameleon I’d change the way I acted and even spoke around others it wasn’t deliberate I just soaked up other people’s personalities and mannerisms like an emotional sponge.

Of course I went through various embarrassing phases such as the emo phase (though I’m still an emo at heart) but it wasn’t just my tastes and appearance changing I didn’t feel I had a sense of self I felt like a hollow shell lacking an identity. 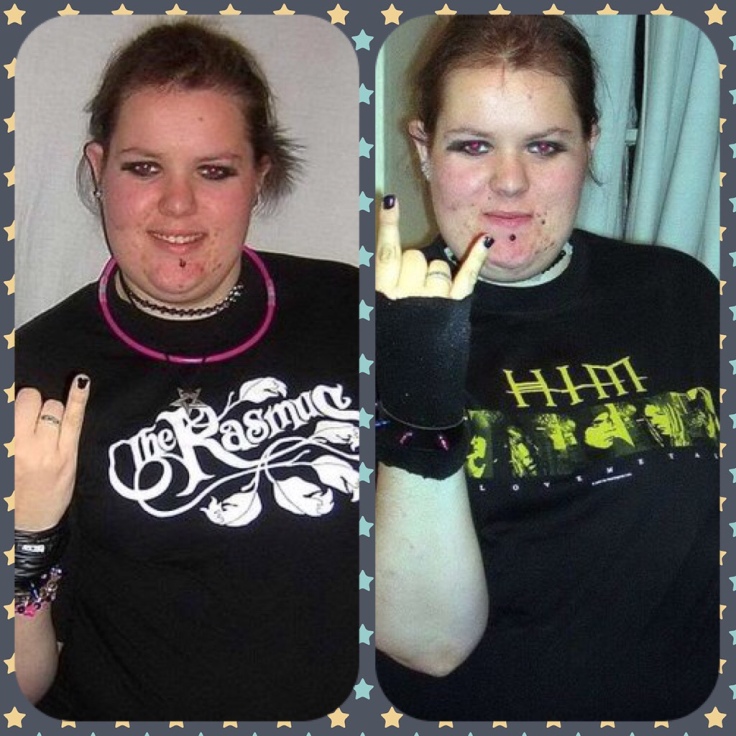 When I started my job six months ago I bought a pink desk organiser which has since been joined by pink in trays, a couple of toys and a coaster saying punch today in the face, I’ve also decorated it for Christmas and put up motivational postcards on the wall, for me it’s important that my work space reflects me especially as I spend so much time at work it really helps my wellbeing to feel it’s somewhere I belong physically as well as emotionally. Although I still experience the occasional existential crisis I feel more secure about who I am than I have in the past, part of this is having things I’m passionate about such as my job and writing, that’s not to say my job is my entire identity but mental health is obviously something I’m very passionate about so I’m Georgiesaurus I like pink, I swear a lot and often drink too much, I love House MD, my top artists on Spotify include Bruce Springsteen, First Aid Kit and George Ezra, I believe pineapple belongs on pizza, I hate Theresa May and I wear cat mittens.

“This is the only me you get”