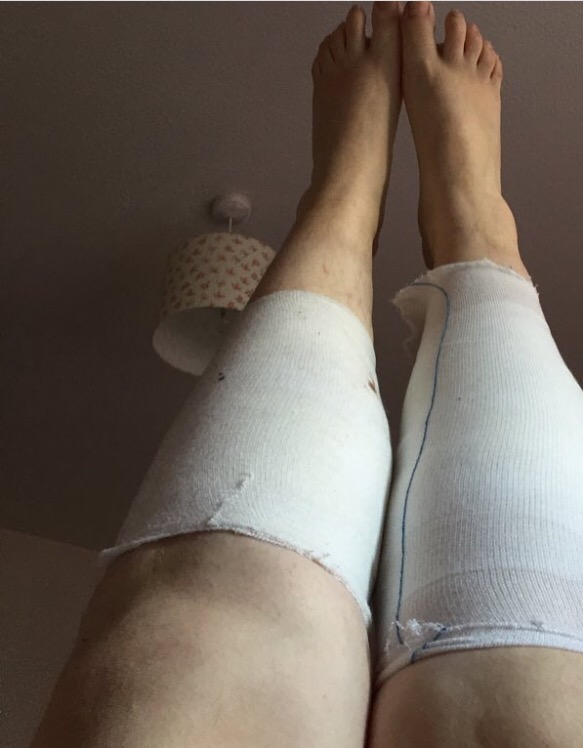 
This Post is likely to be triggering please read with caution.
I was running a youth wellbeing session last week, it was a drop in so a much more scaled back and basic session than I’d usually do. We had a small power point which contained an animation about depression by Time to Change. The video shows an illustrated woman swimming in a blackness that surrounds her, trying to come up for air and not knowing which direction to go in, that’s how I feel about self harm.
It’s a complex issue like many mental health problems or behaviours that come from them; I only know one person other than people online who actively self harms who I think understands the way I feel and who I can relate to. To me it’s not necessarily something that always has a precise trigger there isn’t always something that’s happened to cause it, there can be a million reasons or none sometimes I just need to cut.

I think I related to the video because my feeling can be suffocating and when I cut it’s like coming up for air or letting out a breath I didn’t know I was holding as if my whole body breaths a sigh of relief and I feel calm and still. Unfortunately it rarely lasts long and it always builds up again it’s a cycle I’ve not managed to break, the build up will come again and there is a limit to how much I can distract myself or keep busy it often feels like I’m just delaying the inevitable.

When you don’t like or value yourself it’s hard to find a reason not to give in to something that has made you feel better so many times despite it being damaging and harmful. The experiences in a&e are often not positive with many Drs short on  time and energy angry at treating someone that has inflicted an injury upon themselves, treatment is often less than ideal with the quickest and easiest option taken, it can be painful, distressing and even humiliating I’ve been treated in ways that I find hard to believe I’d be treated if it were an accident.

The question of whether self harm counts as an addiction or not is often debated in the mental health community but whether it is or not I believe it has a strong hold over me one that holding ice cubes, snapping elastic bands or talking about has never quite been enough for me to come up for air and stop drowning.

3 thoughts on “Self Harm coming up for air”